Once again the ever-so-wise African-Americans In Howard County Coalition has entrusted me with their official list of endorsements for the general election. And I promised them , in return, that I would publish it without personal commentary. So here it is: their official list of the candidates they endorse in this election. I also took pictures of how the ballot would look with their picks checked off.

Voting Tip: You can take your specimen (sample) ballot with you to the polls if you want. It’s totally legal. 🙂

Howard County Board of Education

Clerk of the Court

Judge of the Orphans’ Court 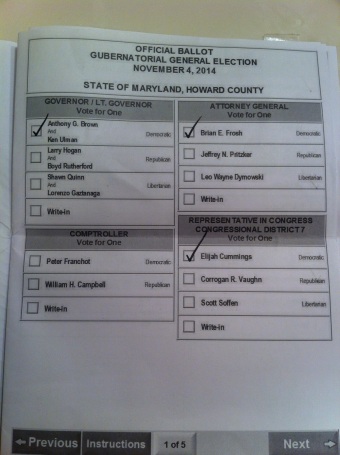 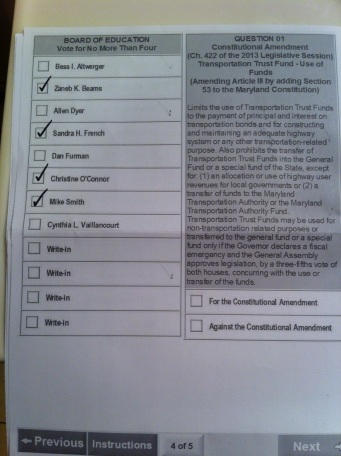 Page Four- Board of Ed Candidates 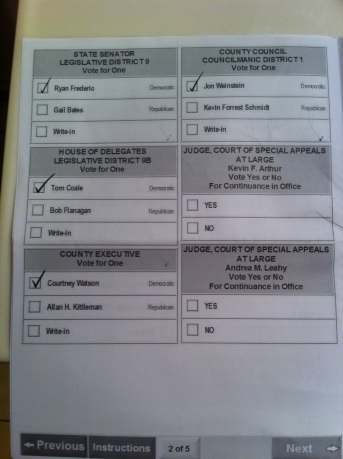 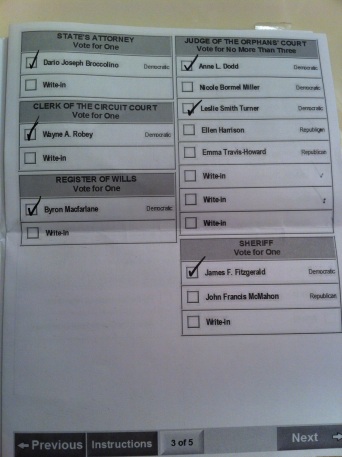